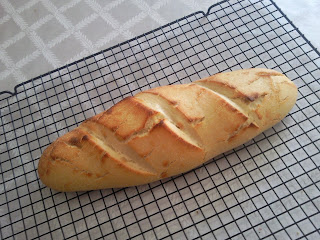 I made this loaf a while back, one of the first after my starter reached maturity. I had been long wanting to make a semolina sourdough but something always came up- either I didnt have semolina, or I didnt have a starter, or a less time consuming semolina loaf came up.... But now that I had just lovingly cultivated a starter and had semolina flour to finish up, I couldn't put off making this levain loaf from Hamelman's epic Bread any longer. And I'm glad I didn't. With the help of my (sister's) trusty KA mixer (don't tell!) this bread came together in no time at all. After the bread cooled, I wrapped it and stashed it in the freezer and only took it out to have a taste before the ninth of Av fast that was just last week, as per my bread only on special occasions rule. I reheated the bread and was very impressed with it and I can only imagine how it would have been fresh. It's not that it tasted much of levain but it was one of the most delicious crusts I've had on a bread coupled with a nice, yellow, chewy crust that made this bread so yummy. If I had sliced it like a civilized person, one would be able to see a nice hole structure, but that obviously wasnt me. If I had more semolina accessible, (maybe the next time Im in Tel Aviv..) I just might try it again... this time with a sourdough starter that has even more character. I only made a half recipe because that's all the semolina I had but do make the full recipe! I also didnt add the sesame although Im sure it would have made it even better as semolina and sesame are a classically delicious combination. This bread has been Yeastspotted! 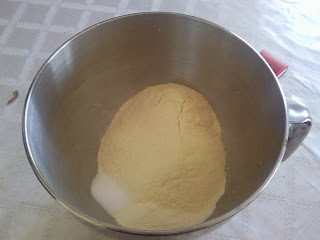 Place the flours and salt in the mixer bowl. 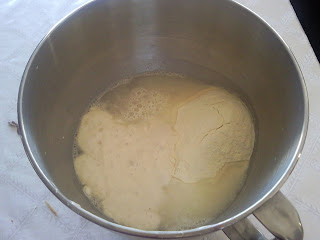 Add the levain and water. 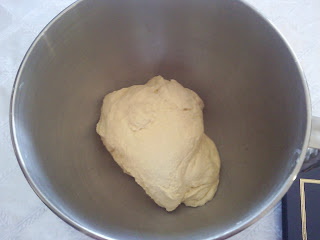 Mix in low speed for three minutes, adjusting the consistency as necessary. Turn to medium speed and mix for an additional two minutes. Let dough ferment for two and a half hours, folding halfway through. 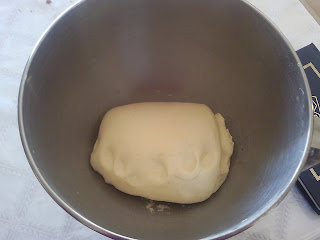 Here is the dough folded. It had a really lovely texture. 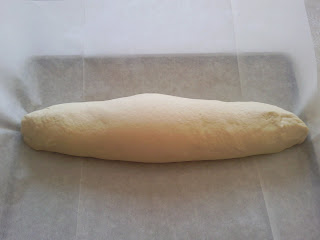 Scale your dough and form batards. Place on a parchment lined baking sheet, sprinkled with cornmeal if desired. 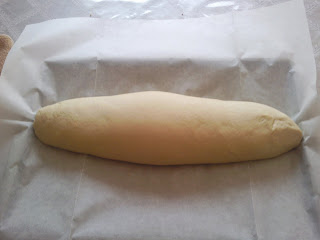 Allow to proof for an additional two hours. Towards the end of the proofing time preheat the oven to 450, preparing for steam. 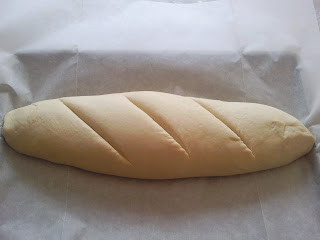 Slash your loaves as desired. 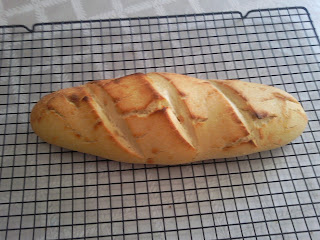 Bake until a thermometer registers 190-200. I wish I had timed it in my oven. Cool completely.
Posted by Chavi at 8:09 PM