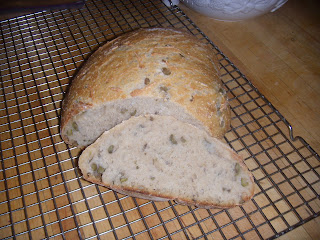 I think I'm getting lazy. I know. It's terrible of me. I have been baking and photographing... but it seems that things keep getting in the way of organizing and posting. Things like holidays, weekends, hospital visits and delicious nieces that keep finding their way to this side of New York. Wonderful distractions really... well, except for the hospital visit to my grandmother who recently broke her hip. Anyway, after many days, I'm finally posting about this wonderful olive bread that I made in honor of my mother, hence the title, who in recent weeks has been pestering me about making a bread with green olives in it. Let me tell you, she was not disappointed. She absoconded with the entire loaf the day after it was baked and returned with but a small piece. When she initially tasted, she couldn't stop gushing about it. I'm so glad I finally satisfied her craving. Unfortunately... I don't think this olive kick is going to stop. In any case, this is a recipe from Daniel Leader's Local Breads. It's the Pain au Levain with the green olive variation. A long but really uncomplicated recipe, I began the night before using my own sourdough starter to make his levain, which worked out wonderfully. I mixed the final dough by machine (laziness...) using whole wheat flour to compensate for the rye flour that I did not have, and I'm glad I did because the dough turned out so smooth and silky and shiny. I love that look.. I feel like I rarely achieve that consistency by hand. Instead of forming batards as instructed, I made a small boule and baked it the no-knead way, in a preheated, covered Le Creuset. Don't worry, next time I'll do it the normal way. The resulting bread was light brown and had some give but the inside was nicely crumbed and tinted from the olives. The bottom crust was substantial and so offered the bread a pleasing bite. The flavor was pleasingly olivey, but not sour at all, which continually surprises me. I was also very impressed with its rise from start to finish. I guess that's the miracle of sourdough. This bread can be enjoyed plain or with olive spread, if you are a true olive connoisseur. 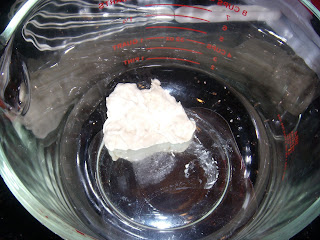 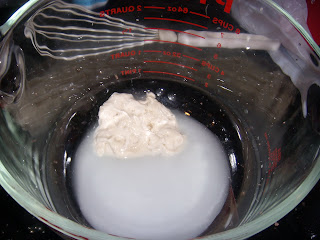 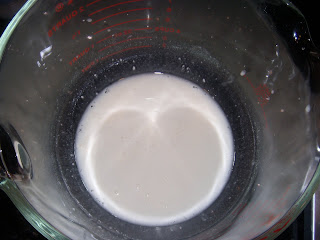 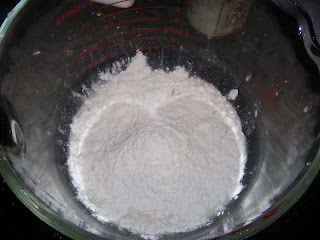 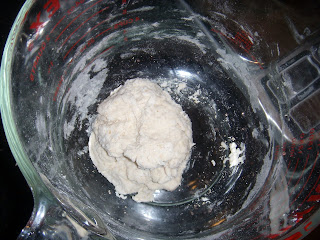 and stir to form a rough dough. 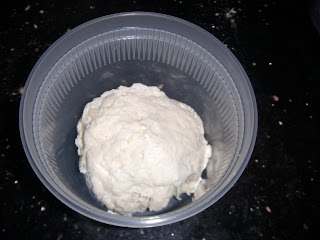 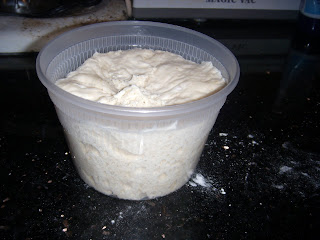 Here, it is nicely risen. 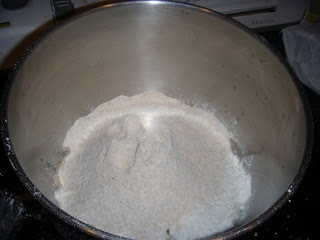 Most of the remaining ingredients are added to the bowl of my mixer. 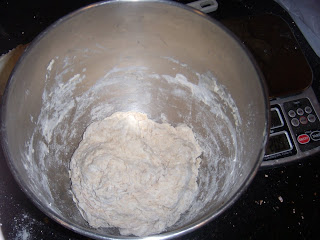 They are left to hydrate for around twenty minutes. 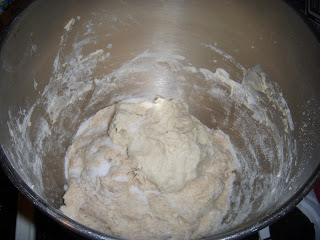 I've added the salt and the levain to the mix. 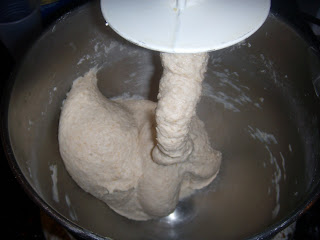 The dough is almost finished being kneaded, 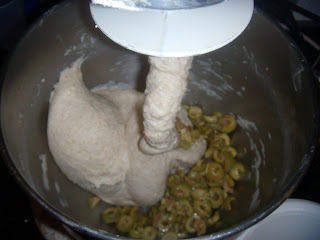 at which point I added a cup of green olives, 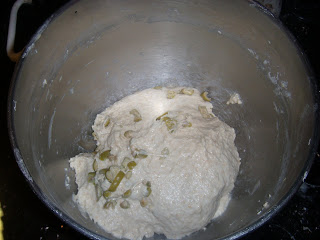 and finished kneading. I then left the dough to rise for an hour. 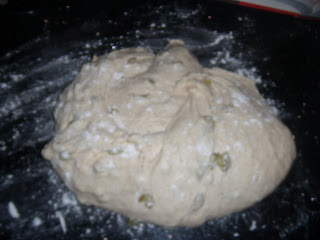 Here is the dough ready for a fold.

Here's the dough after its fold.

This is the nicely puffy dough after 3 hours of rising.

I turned it out onto floured parchment,

and haphazardly shaped it. I know, not my strong suit.

This was the resulting loaf.
Posted by Chavi at 4:10 PM

Looks like a really wet dough.. Tough to shape..
By the way, I finally tried braiding! You're right, I just needed to try it and see how it goes :)