One of my recent acquisitions to my burgeoning baking library is Peter Reinhart's The Bread Baker's Apprentice. Finally! I know, I'm a little late to be jumping on this bandwagon. I already owned Crust and Crumb and because I got into grains, I purchased his Whole Grain Baking first. But I knew it wouldn't be long before I picked this one up. I mean, it's a must have! So I ordered it before I left Israel so that it would arrive before I did. Since it's one of the only bread books I have with me in New York, I've been baking with it alot. But more on that later. I bring to you here Peter Reinhart's Cinnamon Raisin Bread (I left out the walnuts.. shh!!). These loaves are a breeze to put together as this recipe is a standard sandwich bread that requires no preferments or starters. The dough itself was easily mixed-by hand of course- and the raisins were surprisingly easy to incorporate. I was seriously expecting the dough to fight against every last raisin! Deliciously fragrant from the cinnamon, the dough rose twice really well and fast. I used the cinnamon swirl, but I didn't put the cinnamon on top as he recommends. I think that might have been slight overkill, and I looooove cinnamon. The swirl only came out slightly as seen in the photo but at least it made a showing. I made two loaves and froze one for later use. As for the bread itself... yum! Wonderfully textured, with a crusty exterior and soft and moist interior crumb. This bread is seriously a winner especially with jam. I don't know why it's taken me this long to try it but I can't wait to try his whole grain variation. Go ahead, check out this week's Yeastspotting. Enjoy!
Cinnamon Raisin Bread
Bread Baker's Apprentice
3 1/2 cups bread flour
4 tsp sugar
1 1/4 tsp salt
2 tsp yeast
1 1/4 tsp cinnamon
\1 egg
2 tbsp margarine or butter
1/2 cup buttermilk or whole milk
3/4 cup water
1 1/2 cup raisins
Swirl:
1/2 cup sugar
2 tbsp cinnamon 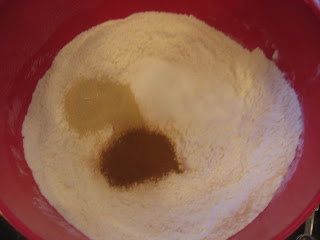 Place the dry ingredients in a large bowl. Whisk to blend. 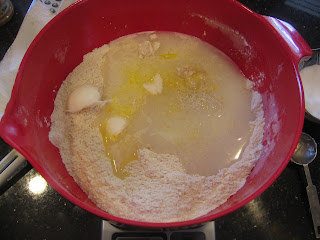 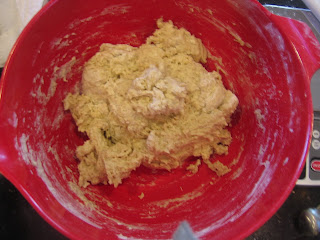 Stir to form a rough ball. 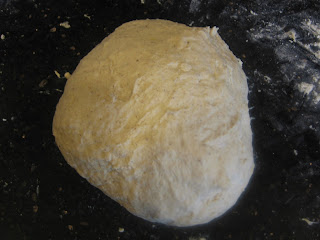 Turn the dough out onto a lightly dusted surface and knead until a smooth dough is formed. 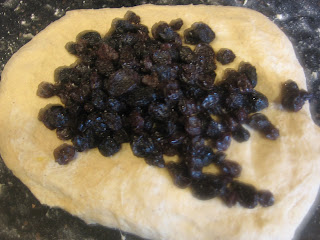 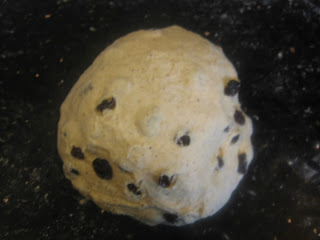 and knead to incorporate. 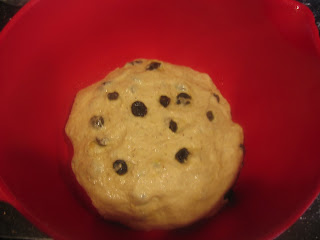 Place the dough into a large bowl to rise until doubled in bulk. 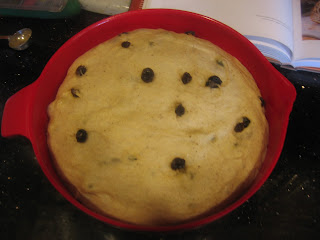 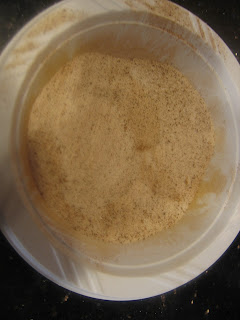 The cinnamon-sugar for the swirl. 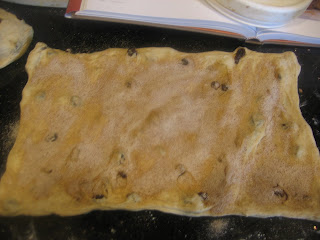 Divide the dough in half and roll each portion into a rectangle. Sprinkle each rectangle with half the cinnamon-sugar mixture. 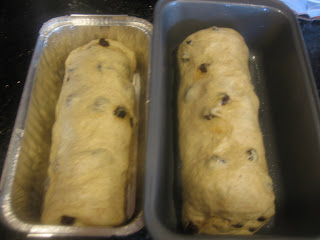 Roll the rectangles up jelly style and place in loaf pans for proofing. 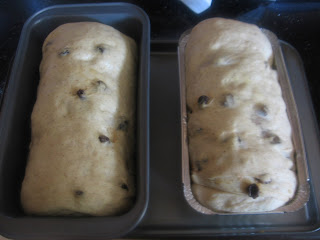 Proof until the loaves rise above the rims of the pan, or come close. Towards the end of proofing, preheat the oven to 350. 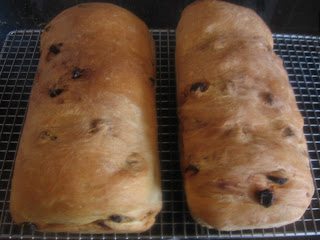 Bake until golden brown and fragrant. 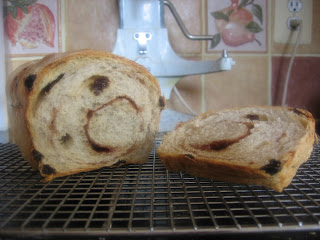 The swirl looks beautiful! I think this would make a lovely French toast too.