This week's challah recipe is Maggie Glezer's Lithuanian Challah. A simple bread that is more on the side of water challah than egg. That is to say there are no eggs, save for the glaze, and very little sugar. The lack of both are responsible for the lack of color and browning and the rather matte finish on the end product. The process for making it is the same as usual. I made a double batch and prepared the dough the night before, including the braiding step, as I knew I wouldn't be able to do it because of my surgery and what is Shabbat without homemade challah? That thought was what was making me nervous about having the operation. I left explicit instructions for my younger as to what to do including the most important: TAKE PICTURES! And take pictures she did. She was nervous that she didn't bake them long enough but she did a great job. They turned out very flat, deflated looking and somewhat amorphous, but that was my oversight as I think I allowed them to rise too long in the refrigerator. The resulting challah was holey and bubbly and the crumb was nice and creamy. I liked the flavor as did everyone else all of whom likened the flavor to a croissant. I did not quite get where they were coming from but took it as a compliment and ran. This would make a good regular sandwich loaf. I'm starting to realize that it's important to use a good vegetable oil, as the flavor tends to come through, especially in the less sweet, less eggy breads. I hope to try the sourdough variation sometime soon. 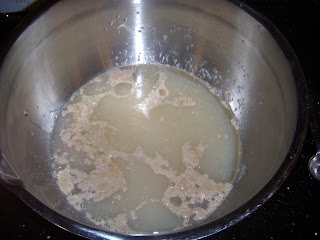 Combine all the ingredients (except for the egg) in a large bowl, 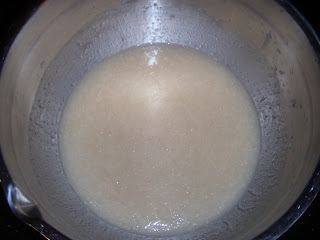 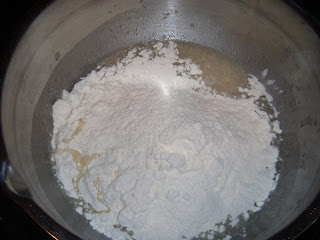 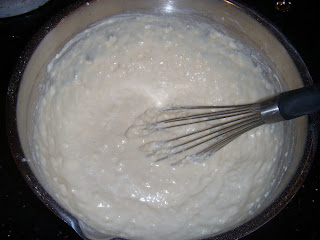 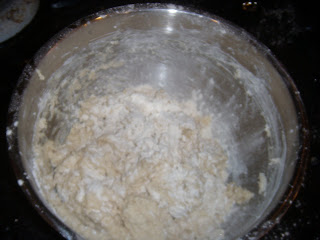 This is what it should look like. Allow to autolyse for around twenty minutes. This will allow the gluten to relax, making the dough easier to knead. 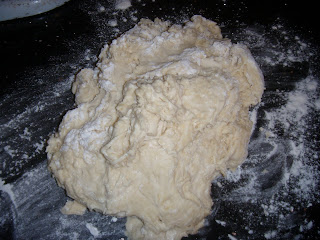 Turn the dough out onto a well floured surface. 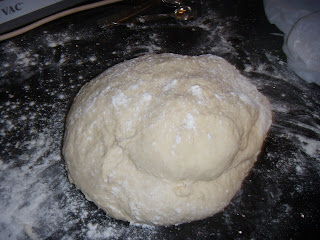 Begin kneading until the dough smooths out beneath your palms. Almost there... 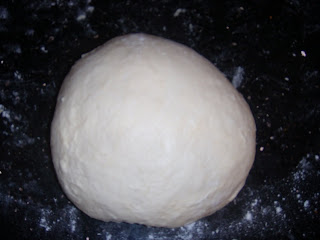 Here's the dough, completely kneaded and ready to rise. 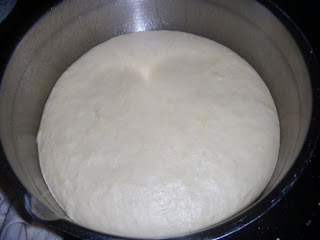 Allow to rise in a greased bowl in a warm spot in your kitchen until doubled in size. 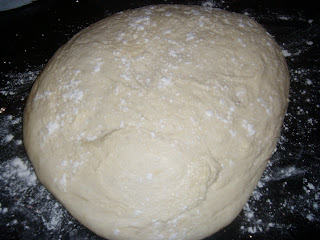 Turn the dough out onto a lightly floured surface. Portion and shape the dough as desired. 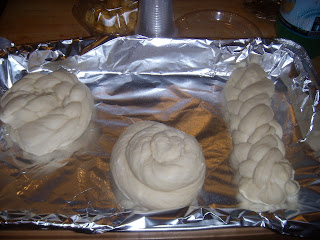 I sort of forgot that it was customary to make rounds.... so only two are rounded. Allow to rise until tripled in size. Preheat the oven to 400 degrees. 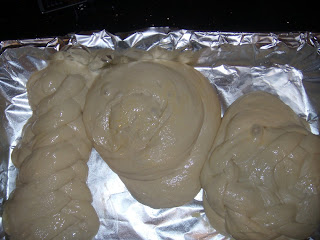 Glaze the breads and bake until golden and delicious. 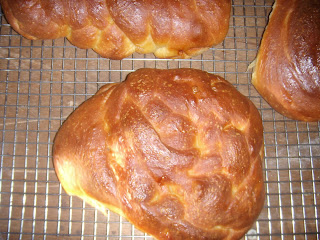 Immediately transfer to a wire rack and cool. Enjoy!!
Posted by Chavi at 12:17 AM

hey there, the challah looks great. i haven't tried this one from her book. hope it tasted as good as it looks :) thanks for adding my blog to your links. g'mar hatimah tovah. wishing you an easy fast.

If you keep writing this kind of post then I will be very happy because this post is very good and I am very happy that I saw this post and today I am very happy to see this post, I have also written a lot of websites and blogs. . I am giving you in the link, you can see if you want.
sexy eyes
call girls in gurugram
noida escorts
gurugram call girls
gurugram call girl
gurugram meeting girl
bikini girls in gurugram
Apologizing to friends
Gurugram Russian Escorts
Sector 24 Escorts

Escort girls in Delhi make independent Brahma; Delhi call girls are always ready to serve you for interested people. Call girls in Delhi have been placed in many categories. Surely we are available according to you, you can come on our website and contact us. Female Escort In Delhi

Welcome to Gurgaon Escort Service. We provide one to one sexiest girls and provide cheap service rates. You can visit our website to take advantage of the service. Cheap Escort Service In Gurgaon