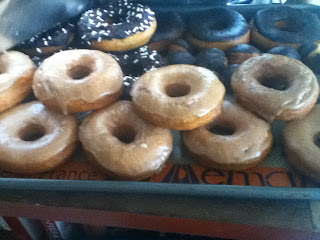 For last Shabbat's dessert, I wanted to make something... different. One of the reasons I was excited to move to a real apartment was to finally be able to have a stove top. You know, real fire instead of the electric burners that don't heat very well. All I wanted to be able to do was fry. (And make pastry cream, but I havent gotten there yet.) Naturally, I decided it was time to make doughnuts. The authentic-deep-fried way. And that's exactly what I did. I opened Lara Ferroni's book and settled on the recipe for the Vegan Doughnuts as I was having a vegan for dinner. (It wasn't that much different than a recipe I would adapt for my parve needs, anyway, so it really was not a big deal.) I made some chocolate glazed (and some with sprinkles, just like when I was a kid!) and some.... Well, I really wanted to make a silan glaze, a la maple. But the silan just tasted off with the powdered sugar, so I kept adding cinnamon to make it a cinnamon glaze and it worked beautifully. I must say.... frying was really fun! So much so that I think I'm gonna try doughnuts again this weekend, this time of the chocolate persuasion. My guests were really shocked and impressed by the doughnuts and thought they were delicious. I snuck in a couple of munchkins and thought they were, too. I realized that they came out on the small and thin side because I might have rolled them a bit too thin. I'm pretty sure people felt more virtuous with the smaller size though. I also reduced the yeast in this recipe from a whopping 3 tbsp to 1 and I think it was still plenty. I also gave this dough an overnight rise, as per my usual. Here's to many more successful frying experiments! These doughnuts are being Yeastspotted! 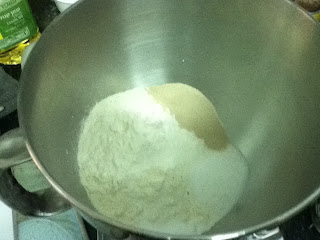 Place all of the dry ingredients into the bowl of your mixer. 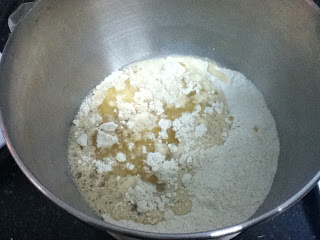 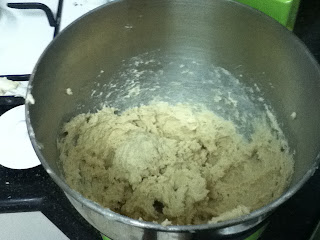 and using the paddle attachment, mix on low until all of the ingredients are moistened. 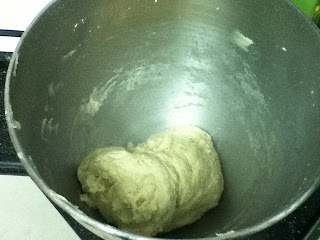 Switch to the dough hook and knead until the dough completely pulls away from the sides of the bowl and is tacky but not too sticky. Add flour a few tablespoons at a time until you reach this consistency. 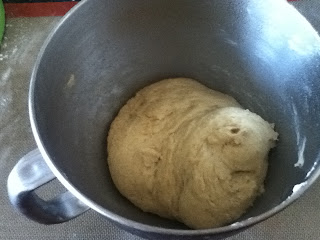 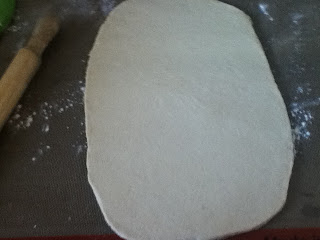 The next day, roll the dough out to about half an inch. Mine were too thin. Do as I say, not as I do. Using a doughnut cutter or one large round cutter and one smaller one, cut out doughnut shapes. 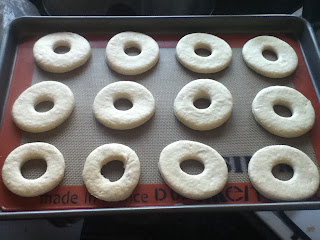 Place on a baking sheet to proof. While the doughnuts are proofing, heat your oil to 360 degrees. 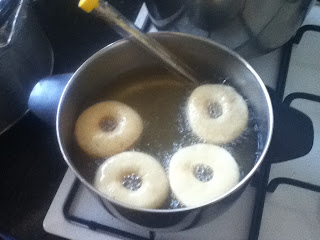 Gently lower a few doughnuts at a time into the oil and cook about 1-2 minutes per side until lightly golden. Flip and cook on the other side. 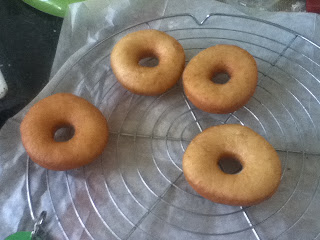 Drain on a wire rack over parchment or paper towels. 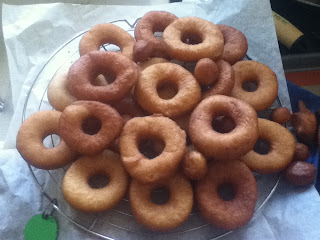 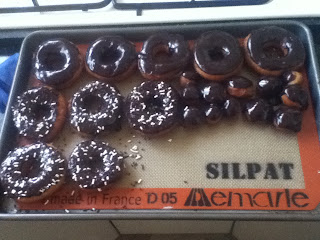 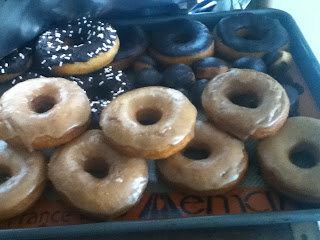