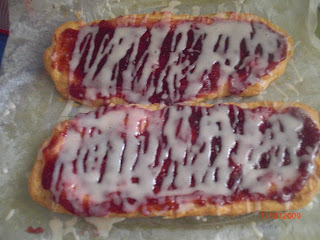 This is the first of the three part dessert from Shabbat. Last Shabbat. I know we're halfway toward the weekend, again, but I'm supposed to be focusing my efforts on... Who am I kidding? I'm clearly not focusing at all. Besides, I do better when I'm blogging. So this weekend my good friend S decided to host Friday night dinner. But not just any dinner. It would be a themed dinner, which actually turned out to be a nice change of pace and a smashing success. Ever the sensitive environmentalist, she chose Green as the theme. All the guests had the option to literally make a green dish or something that was green in the healthy sense of the word. Being the baker responsible for the bread and the dessert this presented a bit of a problem. Green challah? Green dessert? What's a girl to do?! Mind you, food coloring, or anything artificial, is not an option in my kitchen. So of course I was the rebel. Sort of. I did make very successful whole wheat challot, which covered the green as healthy aspect of things. As for dessert... Well who says dessert is supposed to be good for you anyway?! I ended up making these Almond Puff Loaves that Ive been wanting to make for a while from the KAF site (they also have a blog post up) and an Almond Tea Cake (more on that later). This dessert is multi-stepped but not too difficult. The bottom layer is a flaky, pastry type bottom which is then covered with a choux paste top. I opted to use raspberry jam instead of the original apricot and used vanilla in the dough instead of almond although next time I would try with the original flavorings. I topped both with glaze and then one pastry with nuts. I really liked how this turned out; I had good results with the choux paste, so I'm looking forward to trying it again. The only other change I can think to make is to bake the bases so that they are a deeper shade of brown.


Preheat the oven to 350 degrees. Line a baking sheet with parchment paper. 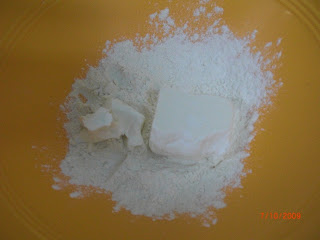 Place the flour and margarine in a large bowl. 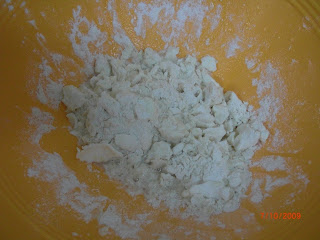 Cut in the margarine until coarse crumbs are formed. Add the water. 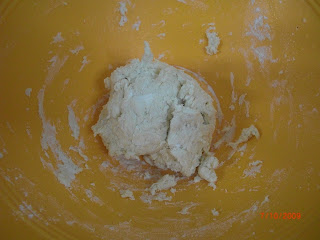 Knead until a cohesive dough ball is formed. Divide in half. 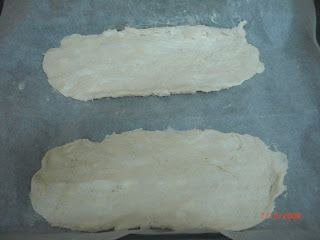 Pat the dough into two rectangles on the baking sheet. Set aside. 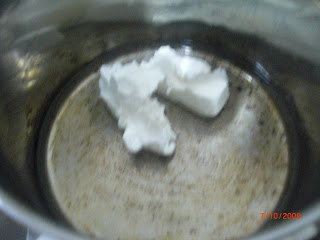 Place the remaining margarine and water in a saucepan. 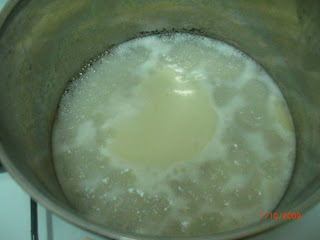 Heat until the margarine is melted. Bring to a boil. 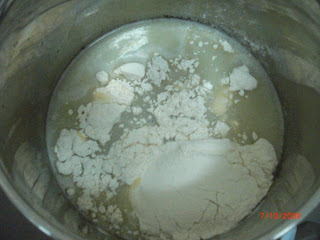 Remove the pot from the heat and immediately add the remaining flour. Stir well. 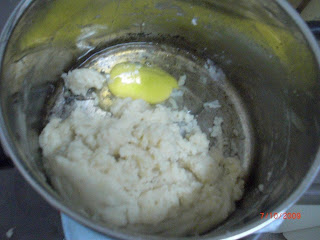 Add the eggs one at a time, 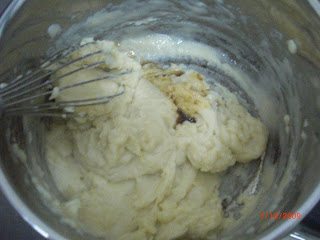 stirring well after each addition. 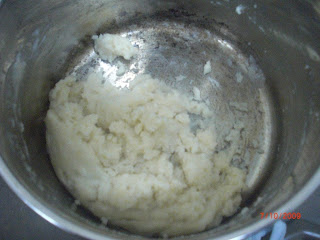 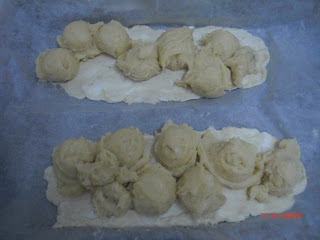 Scoop the batter onto the dough. 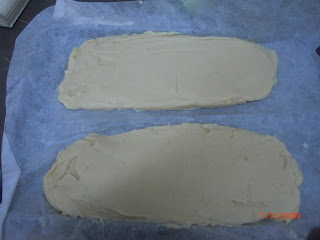 Spread the paste evenly over. Bake until very golden brown, about an hour. 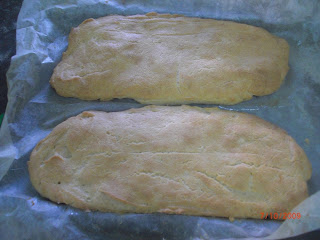 Remove the pastries from the oven. 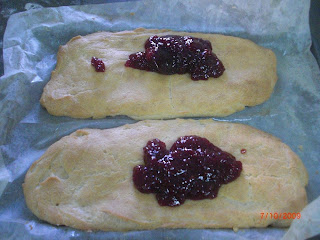 Immediately place an even amount of jelly on each pastry. 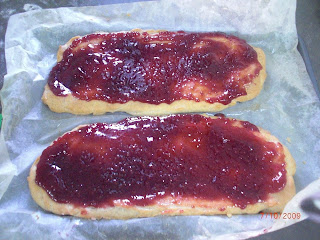 Spread the preserves out evenly.Mix together the powdered sugar, vanilla, and milk to form a glaze. Drizzle glaze over the pastries. 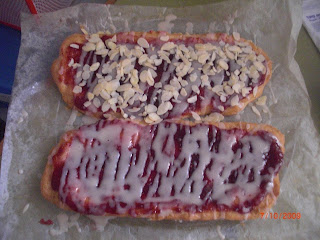 Sprinkle with nuts if desired.
Posted by Chavi at 8:49 PM