I, as a person, am not very graceful and pretty clumsy. I am constantly tripping over things, bumping into walls and people, you name it. In fact, two weeks ago, as I was putting away dishes in my cupboard, my two pie plates, my precious pyrex plate and another purchased here, crashed to the floor, helpless me standing aside having been unable to catch them in time. I was stunned. Perhaps it was the crazy heat that was driving me crazy but I couldn't believe that I was now staring at hundreds of shards of pie plates and the visions of pies that would never be. Believe it or not, I was actually really upset over the loss of the pyrex plate and it was on my mind for days. I am still in disbelief. That plate was brought from America and was used so often for making picture perfect pies. Pyrex plates sell for maximum six bucks, but alas, in this country, pie doesnt really exist, so naturally, neither do the plates. And while I was able to purchase an identical one to the second one that broke, it's only a deep dish pie pan, and, as I learned, not so suitable for regular pies. I learned that the hard way. For last weekend's final dessert I made this oatmeal raisin pie because I like the idea of a cookie-like filling in a flaky pie shell. The recipe comes from Ken Haedrich's wonderful volume on pie, aptly titled Pie. The filling comes together rather easily, as all it requires is a whisk to mix the filling. The resulting pie has a really nice tweediness from the oats and a really nice smooth, chewy texture from the corn syrup; it really just tastes like the cookie. The reviews were positive, although most people were not fans of the raisins so you can just substitute an equal amount of chocolate chips to make it a bit more decadent and more of a people-pleaser. And the result of using the pie plate? A really odd looking crust collar. RIP my beloved pie plate.

1 9 inch pie shell, of your choice 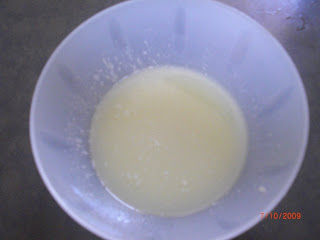 Preheat the oven to 350 degrees. Melt the margarine or butter and set aside. 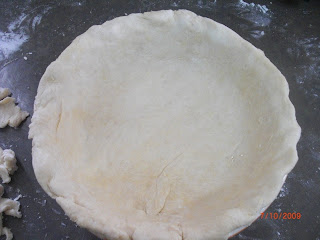 Line your pie plate and crimp the edges. Place in the freezer until youre ready to bake. 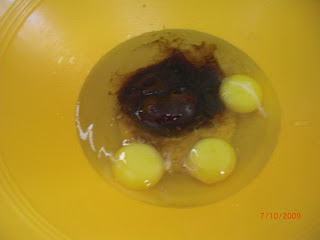 Place the eggs, sugar and corn syrup in a bowl; 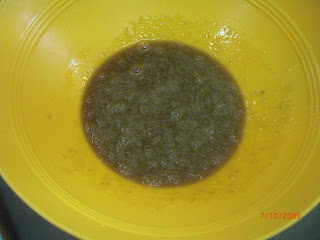 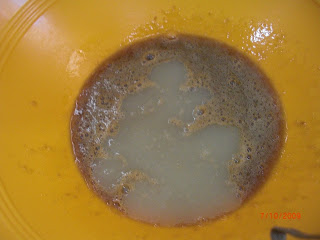 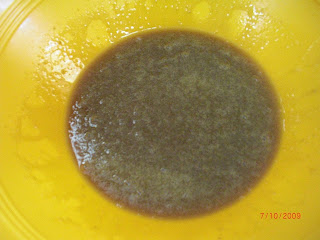 and blend to combine. 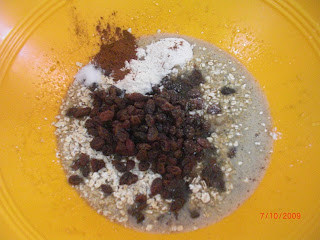 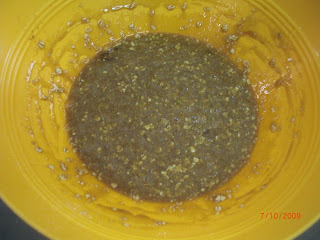 And blend until smooth. 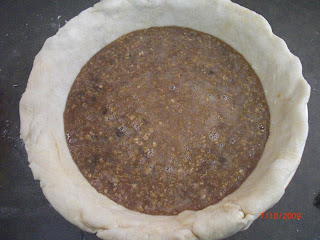 Pour the filling into the chilled pie crust and bake for 40 minutes, rotating halfway, 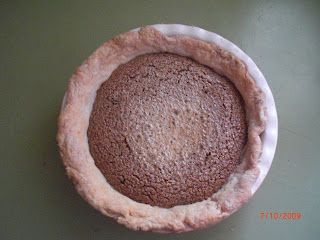 until the pie looks like this. Remove from the oven and cool on a wire rack. Serve with whipped cream or ice cream but it's just as good with no adornment at all.
Posted by Chavi at 2:30 PM