I made this cake for C and D's engagement party but I didnt bring it. Why, you ask? Well... I was embarrassed. This cake, which I adapted and sort of messed up, was no looker. So I stashed it in the freezer and pretended I didnt make it at all. Until my friend A told me after the party that she craved something sweet and I confessed to having this. Her eyes widened and she demanded some. So I got some plates and forks and we tasted it and let me tell you, I was shocked. At how good this cake was! It was amazing! There was perfect contrast between the crunchy, nutty meringue layers and the smooth milk chocolate mousse with an unexpectedly yummy hit from the hazelnut powder that I impulsively decided to throw in. It was so good I was glad I had saved it from people who may have not appreciated it. Right there, we polished off a nice wedge of cake. It was so good that some girls from the dorm, snuck into the freezer and evened the cake out to half. They never asked and they were no friends of mine so I still dont know who did it and while I think that might be a bit... unethical, could I really blame them?? The rest of the cake went to Adi, who lovingly and happily polished off every last bite over the course of a couple of days. The original cake was supposed to have different flavored chocolate mousses in between each layer but I chose only one so as not to overwhelm the palate with competing flavors. I also burned the third meringue layer-- that day was not a successful one; just one of the many mishaps that happened in the kitchen that day. I froze the ganache which I think caused it to be watery and therefore far liquidier when spreading than I would have liked. But after being parked in the freezer, no one was the wiser. The parts can be made ahead of the time and the cake assembled when you're ready. 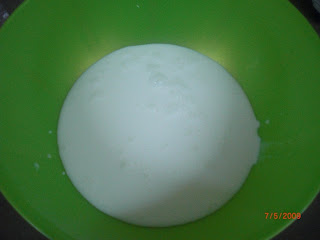 Place the cream in a bowl and heat to a simmer. 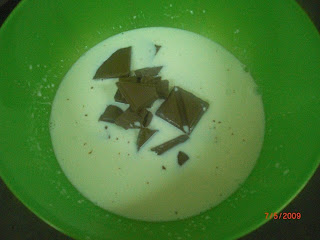 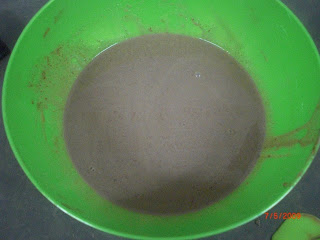 and stir until smooth. 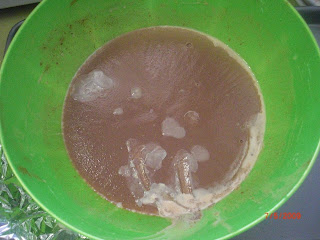 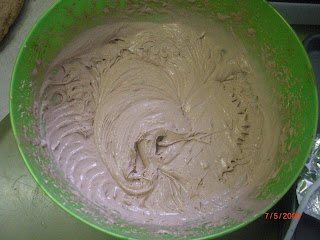 On the day you plan to make the cake, remove the ganache from the fridge and whip until a nice cream forms. Set aside. 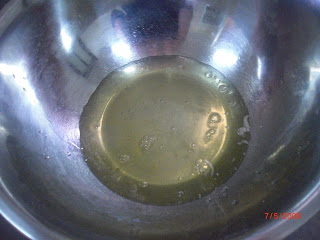 Preheat your oven to 200 degrees. Trace three 9 inch circles on parchment paper and place on baking sheets. In a squeaky clean bowl, place the whites. 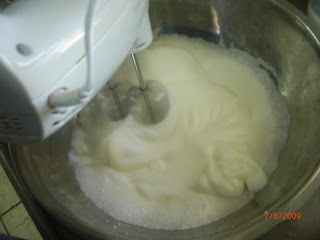 Begin beating and when foamy, gradually add the white sugar. 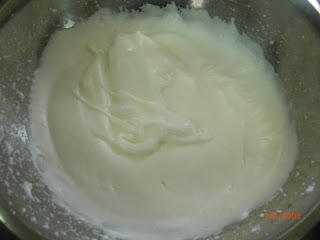 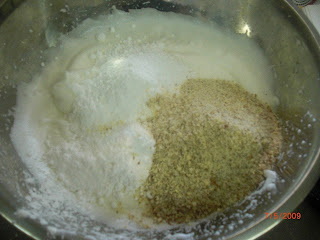 Place the powdered sugar and nuts on top, 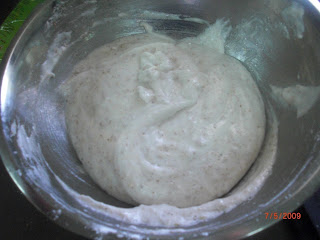 and gently fold to combine. 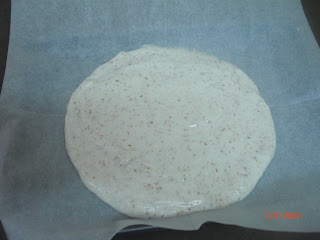 Divide the batter evenly among the three pieces of parchment 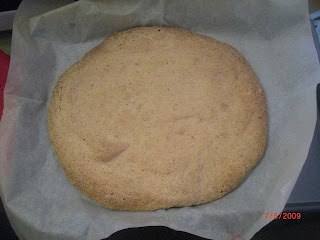 and bake until crisp, dark and dried out. Allow to cool. 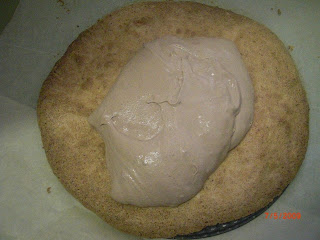 On your serving plate, place one meringue disc and pour a third of the ganache on top. 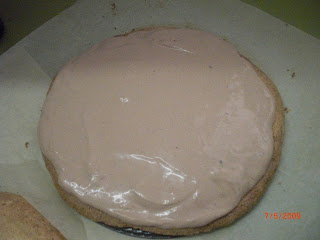 Spread evenly, covering all the edges. 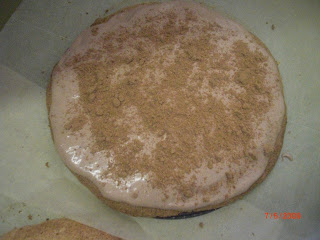 Sprinkle with hazelnut powder if desired between each layer. Repeat with the remaining layers. Freeze for best storage. This is a decadent but refreshing dessert perfect for summer! Happy Baking!
Posted by Chavi at 4:35 PM

decadent indeed. I can testify to a delicious, delicate and delightful dessert. And the chocolate would have made a splash for those with less sophisticated taste buds as well. This cake can be enjoyed on many levels