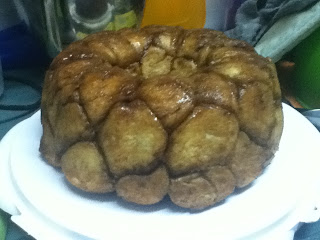 I promised you a Monkey Bread and I'm finally delivering on that promise. The only things I have to say are, this was worth waiting for and MAKE IT NOW! Redolent of cinnamon babka, this cake is made up of balls of sweet yeast dough coated in cinnamon and sugar. Just the smell is enough to drive you mad. Could you resist that? In true monkey fashion, this cake was actually devoured in mere minutes with girls begging me for the recipe at the end. The recipe itself comes from the new book, Baked Explorations but I adapted it slightly. For starters, I just threw in the margarine without melting it and let the dough do it's thing in the fridge overnight. Works like a charm for me every time. For the coating, I also used light brown sugar as that's what I had on hand. Assembling the cake itself is kind of fun. You just pull off pieces of dough, roll them into little ballies, dip and dump into a greased bundt pan. Then you can let it rise and bake or you can stash it in the fridge for next morning's breakfast, if you please. One pan, though, might not be enough, so consider making two. Or maybe that's just what I'll need to do with over seventy eager eaters around. I think I'd like to try a pumpkin variation or even a chocolate variation, so stay tuned for that. This Monkey Bread is being Yeastspotted! 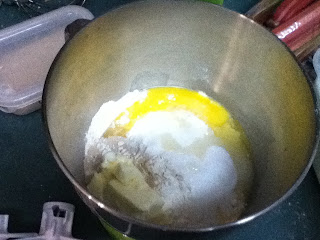 Place all of the ingredients, except for the milk, in the bowl of your mixer. 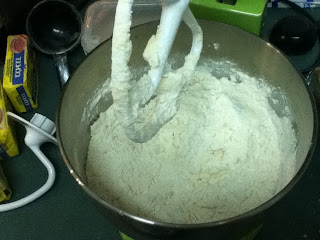 Using the beater blade, mix until the margarine is crumble and everything is blended. Slowly drizzle in the milk, 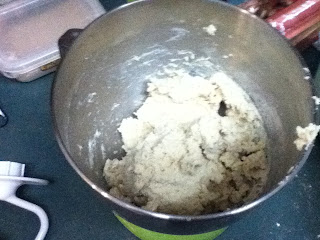 and beat until the mixture comes together. Change to the dough hook and beat on medium for five minutes. Adjust with more milk or flour as needed. The dough will be soft but firm up in the fridge. 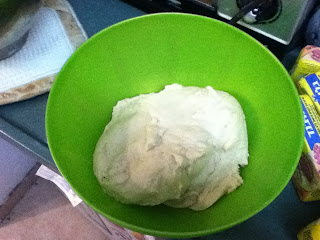 Place the dough into a greased bowl and place in the fridge to rise overnight. 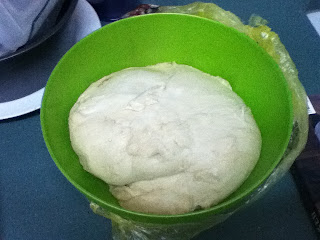 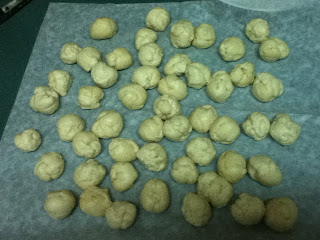 Gently deflate the dough and pull off small-ish pieces. Roll them into balls. Cover while you make the filling. 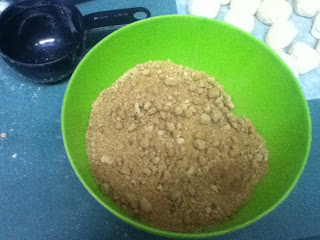 In a small bowl, combine the sugar and cinnamon. Have the margarine melted and nearby. 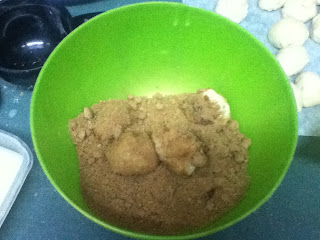 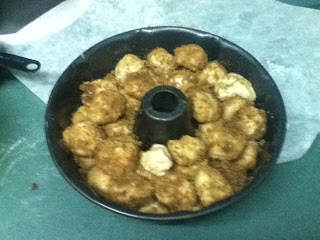 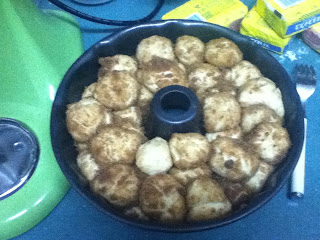 Cover and allow to rise until the balls are puffy. Towards the end of proofing time, preheat the oven to 350. 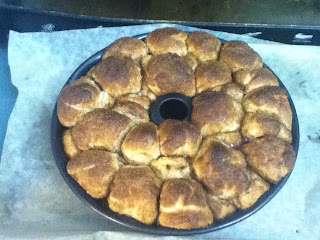 Bake until the top is a deep, golden brown, about 30 minutes. 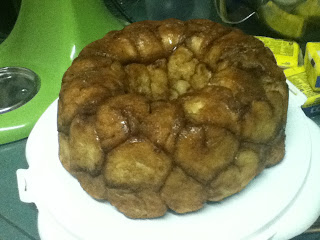 Remove from the oven and allow to cool in the pan for five minutes. Turn it out directly onto a serving plate and see how they all come running!
Posted by Chavi at 10:14 AM