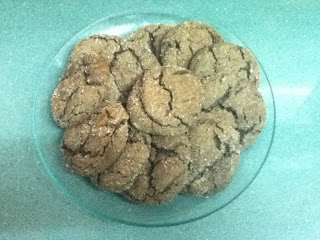 Odd choice of title? Allow me to explain. Back when I started baking in high school, this was one of the first cookie recipes that I made. Again. And again. Simple to prepare, but they were that good. After that year, this recipe, which comes from the Hershey files, took a backseat. It was only when I came home from Pesach with a canister of natural Hershey's cocoa and plenty of American brown sugar in tow that I was inspired to pull this recipe out for the girls. The name of these cookies perfectly describe them. They are wonderfully chewy, with a slight crispness on the outside from the coating of cinnamon and sugar. Let me just say, they do not disappoint; the girls really raved about them, one going so far as to tell me that I made her night. One recipe doesn't really make enough to feed all the people who are going to want these so I advise you to double or even triple the recipe. What I love about these cookies is that they bake up nice and crackly and pretty much uniform in appearance. The only thing holding these back from being super duper fast is that the dough has to firm up the fridge for about an hour. If that's a deterrent, well, you're seriously missing out. 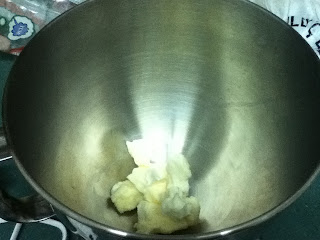 Place the margarine in the bowl of your mixer. 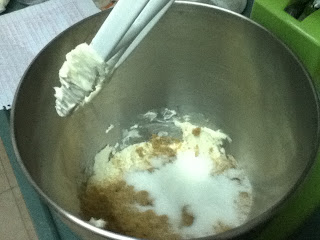 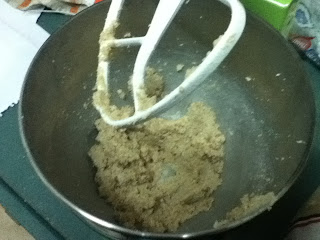 and beat until well blended. 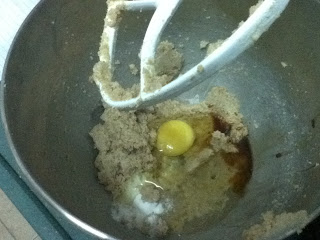 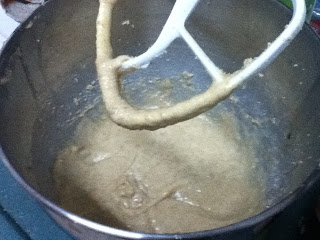 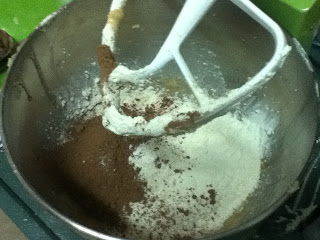 Add the flour and cocoa and beat to make a cohesive dough. 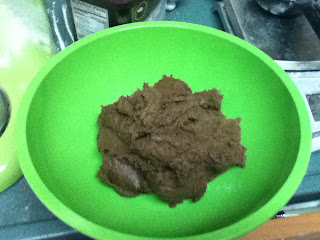 I transferred mine to a smaller, fridge friendly bowl. Cover and chill for an hour. Combine the cinnamon and sugar in a small bowl. Preheat the oven to 350. Line two baking sheets with parchment or silpat. When the dough is scoopable, scoop balls of dough and coat in cinnamon and sugar. 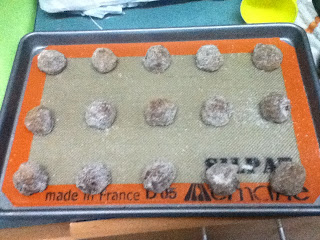 Place on the baking sheets about 2 inches apart. 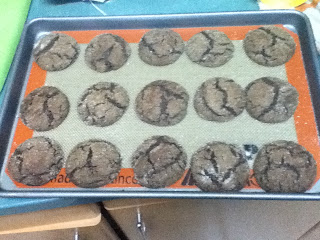 Bake 9-12 minutes until set and tops are cracked. Cool slightly before transferring to a wire rack to cool completely. 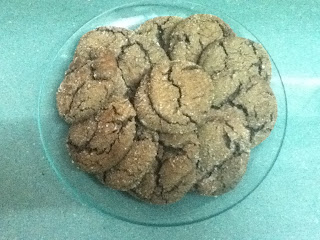 Arrange on a plate and serve!
Posted by Chavi at 3:58 PM